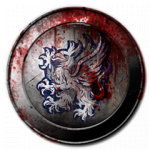 Hi, welcome to Deadliest Warrior Wiki! Thanks for your edit to the RPD Light Machine Gun page.

On the Scutum Edit

On the Celt, I made it a middle ground becasue I included the Celt on the show was prior to invention of chain mail, but I included that from his time frame he would use a Bronze Cuirass if availible. I don't see who this is misdirection considering I mentioned both the Celt being used in the show was prior to the invention of mail armor, But I also inculded that the celts also used Bronze cuirasses.

Look I'm sorry for the misunderstanding, but you don't have to get so hostile about it and I don't appreciate how you speak to me. Whether you believe me or not I do know what I'm talking about, I reasearch this stuff exstensivily and I never put up anything unless I know it's true, Like you comment of the Celtic cavalry, I can understand you skepticism on it, but I virtully everything I've read on the Celt's it mentions there skills as horseman.

Now I know you think I'm the one pushing you but you've pushed my buttons as well, but I didn't react like you did, and I feel I've been farily tolerant of the way you speak to meUser:Swg66-Cambria ne'er can yield! 04:48, December 25, 2011 (UTC)

On the not being thanked comment, I did thank you on one of the talk pages, I may of been the sheild one, for helping with the articals.

Alright I feel we have a misunderstnading here. I feel like you really know your stuff, I do to, and when two educated people meet debates are bound to follow.

On the note of Joan's armor being more moblie, I haven't seen the epsidoe in a while but I don't think they had her test it as a full suit, I think they had the actress put on about half of the total armor. But I haven't seen the epsidoe in a while so I can't totally recall it. And she actully didn't move quicker, despite what the show said, the guy in the mail armor when through the course faster than she did in her partail.

On the celtic cavalry, if you want to add the Huns, Carthagians, Scythians or others go right ahead. When I write artical I do a general "throw down" of information, and then I will either go back and add information or let others do it, as is the point of wiki. I always intended to improve the articals but my life keep me from working on bigger projects, it isn't until recently that I've gotten time to come here.

II haven't been harrasing you, I've only ever responded to your comments and questions, I'm sorry you feel it's harrasment but it's technically not.

I don't know if you realize it but alot of your comments like "All man makes mistakes, but it takes a real man to admit his mistakes and I would've tried to be one." "fixed a lot of your articles, added literally numerous amount of necessary info, fixed errors and never even got a simple thanks of appreciation. Again you won't hear me complaining on these." come aff as really condesending, none of my artical really needed to be fixed for one and alot on information you added was not infact necessary, but it makes them far more informative and they are better for it, I know you don't put anything up you don't know is ture becasue I know by looking over your edits that they are correct, I can tell you don't do it becasue I never need to undo your edits. But just because I didn't put somthing in an artical doesn't make the artical inncorrect, just incomplete. I always planned to come back and "beef" up the articals, but once I saw you doing it, I figured "Well this guys got a handle on things, now I can concentrate on my school work." and now franky I feel insulted by some of your comments and remarks on the pages I made , espcilly when I have a learning disability and have a huge problem writing and reading and making pages period is a challenge for me.

But by saying that I never thanked you, well I'm sorry but most people don't get thanked for working on pages, I didn't get thanked for making alot of pages, and most wikis don't hand out thanks for doing what every one does. But like I said I did say thanks, which is more than I have to do.

I'm sorry you feel the way you do, but I've done nothing wrong, and I hope you stick around, you do a good job and frankly if I'm not avaible for ancient weapons and armor page edits and/or creation, I hope you or Leolab is the one to do it, becase even for the little arguments we've had I respect for you as an editer, and frankly you and Leolab are the only other users I've seen here who have the same level in education (official or unoffcial) in Ancient history as I do. Your a good editer and well informed, but the way you repsonse to other users needs a little refinment.User:Swg66-Cambria ne'er can yield! 06:24, December 25, 2011 (UTC)

Do you have a problem with me? Edit

Do you have problem with me? You seem to fight me at every turn, and I don't have an issue if you have questions about the reasons somthing is on a page, but you present it in such a way that I not only feel a offend but frankly I'm getting more than little irritated by they way you do this. I've stated before your a good editor but, that's only going to keep me tolerant for so long. If you have an opinion or somthing to say, say it differntly in a more respectiable way.User:Swg66-Cambria ne'er can yield! 00:29, January 12, 2012 (UTC)

I'll tell you this I'm incredably insulted by your comments, and about what I write. All the information I ever put up was never inncorrect. You for some reason think that just becasue I don't have all the information, that I'm not only wrong but trying to serve some kind of agenda. I never made misinformed comments, I always cheacked the information against my sources, somthing I've read or heard in class.

The only thing I can be misinfomred about is not remebering what happened in the show, which I could accuse you of as well but I'm going to go there.

I'm going to be honast here, I've tried to give you a chance, and frankly you insulting attituide and lack of respect, which dspite your comment should be given regardless. The fact you are imply I don't know what I'm talking about is beyond insulting, and you have lost what ever respect I had for you.

Bottem Line, you are wrong not only about me but what you think I did wrong, I was not uninformed about the Celt armor, I just didn't remeber the time frame of the show, but even then I was still correct in the armor use, the Scutum inncident was not missinformed, I was correct in that they never tested test the scutum as a weapon, and I f I really wanted to get into the details how it wasn't really tested as a defensive weapon.

On the Cuirass and Great axe, unlike you I can tell the differacnes between a wood axe and war axe and between brass and Bronze. I put these notes on the page so people will learn somthing else, and that "Hollywood" doesn't always potray accurate historical equipment.

And on a side note I rally don't like you going around my back to Leolab and trying to make sure I don't delete your comment.User:Swg66-Cambria ne'er can yield! 19:59, January 12, 2012 (UTC)

One last thing. You commented that " do find it slightly weird that you never even apolazised to the wiki members even once for making those mistakes, you never showed a slight jesture of guilt while saying you knew what you were talking about." I didn't make any mistakes, like I said earlier, you for some reason think that becasue I don't included information for every warrior that I'm mistaken.

You have insulted my intelligence and my understanfing of history, while I have never once put innciorect information on the wiki, the very worst you could accuse me of omision. I have asked multiple times that if you have somthing to say say it nicely but you have ingotned me very time and now you accuse me of lying and casueing drama, when in fact you are the one who's casueing it, I put up facts about warriors and weapons.

Can you name somthing I have out right put up that was out right inncorrect? and I mean really inncorect, not somthing that doesn't have all the information.

Retrieved from "https://deadliestwarrior.fandom.com/wiki/User_talk:SpiralSpectre?oldid=27937"
Community content is available under CC-BY-SA unless otherwise noted.