Seeing as whilst we've been doing the first comp, people have been asking how to put in their own characters or telling me what characters they want to see in the next one.

So I have taken a week off the comp to get your ideas for the sequel in.

We at Deadliest Warrior wiki, reserve the right to remove characters from the competition based off our own strict standards which may include but is not be limited to

We allow you to 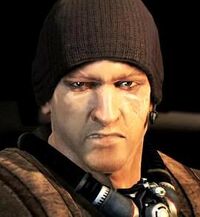