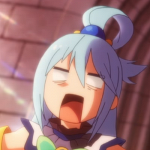 I will be righting my views on warriors and why they won.

Gladiators are very intimidating close combat fighters. That being said, they're not designed against long ranged enemies, as they only fight other Gladiators. They charge into battle thinking they can take any hits when in reality they are just as mortal as their enemy. This mentality can only work if a warrior can defend themselves, but Gladiators are only partially armored. Gladiators are not born warriors and only some lived as warriors, Gladiator training lasted only a few days or weeks and they only fought other Gladiators, meaning there's not much examples of Gladiators being sucessful in war. They are not different from a large civilian geared in some armor and weilding scary or symbolic weapons.

The Gladiator was overwelmed by the Apache's projectiles against the Gladiator's lack of armor. His helment and shield prevented the significant loss from being a landslide loss. With no USEFUL projectiles of his own and the Apache being fast enough to just retreat and fire would overwelm the Gladiator. Even if his legs weren't arrowed to the knee, the Apache's skill at close combat matched the Gladiators evenly, maybe even slightly better due to the Apache being a warrior his entire life, battle harden, surviving in the wild. Gladiator just gets a short training lession and spends his nights with slaves giving him baths. I can see a contrasting image of a Gladiator on his couch being feed grapes Roman style while the Apache crawls in the rainy night as he hunts a wolf. Apache is a true warrior, Gladiator is not so much. PS- I voted for Apache, not to sound bias. Either way, I don't want either of these guys after me.

'The Viking Age', when Vikings were the dominant warrior in Europe. DOMINANT. If a warrior can raid all of Europe and conquer England (William, I'll get to you later) then that shows effectiveness. I look at the weapons of the Viking and see one thing, effective overkill. Even full Knight armor, you could get hurt or killed, yeah killed, by two throwing spears. An axe to the head? Ow. There is little defense against the Viking, while the Viking has some defenses of his own.

Samurai- masters of 2 handed weapons and a warcry similar to someone’s reaction to getting hit in the nuts. The mentality of the Samurai is the purest warrior code of perfect (I’m trying to sound poetic). You live for fighting, knowledge and to fight to the death. Out of all the warriors of the world, Samurai should be and are immortalized by legend. Now if only they realize that a shield could help you sometimes in a fight. Samurai think shields are a coward’s weapon- well tell that to the Spartan, I dare you… and that’s how Season 1 B4B began.

Armor- The Samurai iron armor is segmented yet just as hard as Knight armor. It allows protection while giving some speed compared to other heavy armor. The angles of the helmet and armor showed their ability to repel blows, weakening blunt force. Love the Samurai mask. Serves no real purpose and isn’t a strong defense, but it looks cool.

The Samurai had superior steel armor while the Viking had a shield. Because of the lack of a shield, the Samurai had to rely on his armor to take attacks. The Viking’s heavy weapons could do damage than the Samurai weapons, and can injure even if it hit the armor, but not kill him. The Viking’s shield was breakable when hit by the Kanabo and his chainmail armor can’t stop piercing weapons. Because both warriors had questionable defenses, the fight was also determined by the weapons themselves. Because all of the Samurai’s weapons were lethal, quick and battle efficient in 1 on 1 fights is the reason why he won, but only slightly.

Retrieved from "https://deadliestwarrior.fandom.com/wiki/User:Pikazilla?oldid=36961"
Community content is available under CC-BY-SA unless otherwise noted.