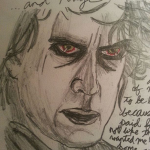 If Deadliest Warrior was to ever come back, here is a list of people who they should pin against each other

Retrieved from "https://deadliestwarrior.fandom.com/wiki/User:Darth_Kieduss_the_Wise?oldid=47611"
Community content is available under CC-BY-SA unless otherwise noted.