Each Warrior has their own unique terrain that they have adapted to. In simulated battles, the two warriors have to use their own territory while crossing into the enemy's territory. Most territories shown in the simulation are similar but some are entirely different.

The Knight fights in a light forrest similar to the forrests of Europe while the Pirate fights on a beach with a rowboat on the shore and his pirate ship in the background.

This fight is in a junkyard in a dry valley. The final IRA soldier and two Taliban enter an RV and city bus and the same IRA soldier uses a car door against a Taliban. One Taliban uses the narrow spaces of the cars to his advantage by planting a mine that an IRA soldier gets killed by. Another IRA soldier uses a flamethrower near an oil truck, which might had increased the explosion that kills him.

Attila the Hun vs. Alexander the Great

Attila appears in a defeated village while Alexander appears uphill of a grassland.

Jesse James robs a wild west museum in Chicago. Capone's gang chases Jesse's through the building. It starts in a large western style room then changes into a 1930s hallway. The shootout continues into a 1930s office and ends in a wild west jail.

The Nazis attack the Viet Cong at their huts in a bamboo Forest to represent South East Asia. The fight ends on a dirt road with a German jeep to represent Europe.

The Pirates arrive in a harbor owned by the Medellin Cartel. The Pirates have their terrain of being in or near the ocean while the Cartel have their city terrain.

This battle is the first to be set up in a specific geographic location, the Korean Peninsula along the coast of North Korea. This also makes it the first battle to be set in a location that gives one of the warriors an advantage over the other, since the NKSOF are fighting on their own turf.

Takes place on wild west style plains and grasslands, a common image of cowboy films. Crazy Horse uses the tall grass to hide in while both warriors use the trees as cover.

The fight focuses on the inside of an abandoned factory or warehouse during dawn. The zombies are either entering from the outside or already wandering around in some rooms. The vampires are forced to stay and fight as the sun is rising outside. 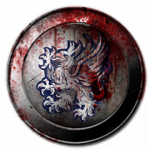 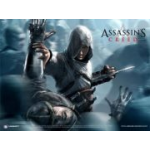