"Among the pantheon of warriors, the Samurai is surely the greatest."-
Tetsuro Shigematsu, Samurai descendant

Japan was settled as early as 40,000 BCE. The Yayoi period established many of Japan's earliest major kingdoms led by their Daimyos; the strongest in Yamato, Kanagawa. Japan would remain a series of divided kingdoms and clans until the industrial era, but these kingdoms regularly unified with each other against invaders from mainland Asia. Japan (aka Nihon) means 'sunrise land'.

Samurai means 'to serve' in Japan, as they served the Daimyo and protected their land. Samurai were skilled fighters and were paid in food or land. They started as tax collectors and many were corrupt, but soon gained enough money to develop their own armies. In times of peace, the Samurai would duel each other to maintain their reputation as swordsmen. This was a common practice among Ronin; Samurai who lost their master, went AWOL or became criminals. In the 1500s, 10% of Japanese men were Samurai.

Sword hunts, especially the one of 1588 led by Toyotomi Hideyoshi, forced the majority of Samurai to forfeit their swords. At the same time, the Samruai refused to adopt the Arquebus as they saw it as anti-traditional and dishonorable. Ironically this made Samurai defenseless while giving common peasants more weapons, as many were willing to ignore the unethical nature of the musket in favor of its effectiveness in battle.

This opposition against western technology escalated when the Tokugawa Shogunate launched the Sakoku policy. In the 1630s the christian population of Japan, most of which were influenced by western powers, led a revolt against the Samurai. In the aftermath of the Shimabara Rebellion in 1638, the extreme isolationist policy of Sakoku was formed: executing emigrants and immigrants automatically. However it is this repressive policy that allowed Japan a moment of peace that lasted for over 200 years.

This peace ended in 1853 when the American Perry Expedition used massive frigates known as 'Black Ships' to intimidate the Japanese. Realizing the technological potential of industrial guns and modern industry, many Japanese imperialists rejected the traditional mentality of the Samurai and focused on westernization. However this created a division between the traditionalist Samurai under the Shogun and the westernized Emperor.

The Samruai led uprisings against the Emperor due to the shifting modernization. The Stipends were a national tax that funded the Samurai; but in 1873 the Emperor abolished the tax and the Samurai feared that they were losing their political status as modernization made them look irrelevant. The Boshin War of 1868-69 and the Satsuma Rebellion of 1877 led to the rise of Imperial Japan and the popularity of weapons from the late 1800s made the Samurai no longer effective on the battlefield. These wars clearly showed this, with many skilled sword wielding Samurai getting slaughtered by conscripts using modern rifles, Gatling Guns and cannons. With this: the Samurai lost their once iconic political and military power.

Yet Samurai clans still exist today as peaceful families and neighborhoods. Before Imperial Japan; the Samurai refused to affiliate themselves with relatively normal careers like being merchants or losing their political dominance. The Japanese Empire replaced the military's heretical Samurais with mass conscription; as modern guns made skill and wealth irrelevant for the common soldier. With the Samurai's traditional lifestyle and power threatened; Saigō Takamori launched the Satusma Rebellion between January 29 to September 24, 1877. However the Samurai were quickly defeated; and they eventually accepted this end of an era.

Several experienced Samurai generals did remain in the Imperial Army however; with the Russo-Japanese War demonstrating Samurai generals using modernization (both tactically and technologically) to overshadow the Russian Empire. Imperial Japan would also demonstrate similar Bushido military philosophies from the past; with Imperialist soldiers willing to commit to Banzai charges with Katanas and Bayonets or pilots committing Kamikaze murder-suicides (if they ran out of fuel or ammo).

The Samurai wore a type of steel Lamellar known as dō-maru or or "body wrap". It was constructed from small scales of metal laced into plates with cord and lacquered. Then each plate was laced together to form the armor. Due to the weight of iron, armor makers limited its use to the most vital parts of the armor and used leather for the remainder. The Samurai also wore a particularly flat, wide steel helmet known as Kabuto.

The Samurai's win was credited to his better armor, better weaponry, and better techniques while the Viking has never learned to counter anything like that.

Back For Blood Special

While both the Samurai and the Spartan were skilled warriors, the Spartan's shield was what gave him the advantage. Its size easily allowed the Spartan to protect himself from all of the Samurai's weapons, and was durable enough to endure the Kanabo which was the only weapon that could possibly destroy it. Besides that, the Spartan has experience defeating the Persian Immortal, an enemy just as disciplined and skillful as the Samurai. 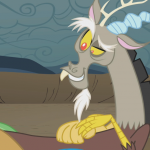