The PMN Mine is a Russian-made anti-personnel device. A deadly case packed with four times more explosive than a standard land mine, it was the Explosive Weapon of the Taliban.

The PMN Mine is a palm-size cylindrical mine, usually brown or leaf green in color. The PMN contains 240 grams of TNT, compared to the 50 grams of explosives found in typical mines.

The PMN is armed by pulling out the pin, which arms the mine after a delay of approximately 60 seconds. At this point, the only thing preventing detonation is a weak creep spring that holds up the pressure plate. It takes roughly 5.8 kg (12.76 lbs) on the pressure plate to detonate the mine.

Because of the unusually high amount of explosives the PMN contains, it is designed to destroy the entire leg of the victim, often resulting in amputations above the knee. It is not intended to kill its target (although the blast can still be fatal and the victim might die from blood loss), nor was it meant to inflict casualties to other enemies in the vicinity.

Landmines are both easy to buy and simple to make; with the average mine costing between $3-$30 each. Contrary to popular belief; mines are not easy to detect with metal detectors as many mines could be made out of plastics instead. The fact that mines are underground makes drone and satellite surveillance unlikely to locate the bombs.

Barrier Mines are a series of landmines grouped together (either nailed to a long piece of wood or connected by the same cord) that can be pulled out as a larger single mine.

The Viet Minh and Viet Cong used a variation of the mine called the three-clawed bomb or the Bom Ba Càng. This weapon was at the end of a stick and had 3 teeth to dig into and attach onto an enemy tank. The Viet Cong soldier would then sneak away and detonate the bomb from afar. The Lunge AT Mine was the most common explosive used for the Bom Ba Càng.

Landmines and other unexploded bombs can stay active for decades. 20,000 people died from landmines in 2016 alone (50% of them children; many children do not know how to identify a landmine and approach them out of curiosity). There are an estimated 55 million unexploded landmines in the world; located in 84 countries. National governments recognize 1.3 million acres of land as active landmine zones. It can cost $300-$1000 to locate and remove just one mine; since detecting and safely disarming them is so difficult (methods include radar, anti-landmine vehicles, and dogs trained to sniff the mines).

Anti-Persoonsmijnen Ontmijnende Product Ontwikkeling is a nonprofit organization that discovered that Gambian Pouched Rats could be trained like dogs to detect landmines. APOPO is credited with disarming 13,274 landmines in Mozambique; leading to the nation to declare itself landmine-free in 2015. [1] 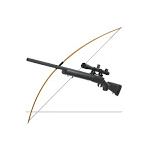