The Nest of Bees is an early Chinese rocket battery; 32 flying arrows of death in a single shot. It was the Long-Range weapon of the Ming Warrior.

The Nest of Bees shoots 32 arrows in one shot so it can kill many enemies at once. The Nest of Bees consisted of hexagonal tubes filled with dozens of rocket-tipped arrows (32). The tubes broaden towards the top to aid the dispersal of the arrows. It may not be the most accurate black powder weapon ever used but the fact that it is capable of firing off more than a dozen of arrows at the same time in all directions in front makes it an effective weapon. A drawback would be that it is a 2 handed weapon which made it awkward to hold and move around. The arrows were often tipped with poison or flammable materials such as pitch, bitumen or resin which increases the chances of kills.

The kinds of fire arrow devices the Ming employed: heavy and light batteries (on land and on water), poison tipped, metal "armour busters", explosive, massive, and handheld. These deadly arrows can penetrate flesh to bone and they could travel quite far - up to 5 football fields away, and were built with consistent formulas that allowed fairly predictable flight patterns. The arrow batteries could also have been fitted with shoulder straps and worn like a backpack into battle. When worn like this, the nest of bees can actually protect the warrior from flying debris.

The Nest of Bees was one of the more widely used rocket batteries of the Ming Dynasty. Thousands of these weapons could have been deployed simultaneously, raining death on the enemy's ranks.

The weapon was most likely invented in or before the 11th century as a variation of the Fire Lance. During this time the Chinese were experimenting with early gunpowder rocket technology. Rockets similar in design to firework rockets were used in warfare, though were too inaccurate to do significant damage compared to cannons. Many rockets would fly completely off course and randomly, while even the better designed ones would easily sway while in-flight. However they were effective as weapons of psychological warfare due to the noise and smoke.

Larger variations were called the Divine Fire Arrow Shield (Shen Huo Jian Pai). Some models included a timed fuse; allowing multiple batteries to fire at the same time. The Koreans created a similar weapon, the Singijeon or shinkichon. A variation of this weapon was called the Hwacha; which used wheels to better move and position the device.

One of the most advanced rockets for the Ming was the huo long chu shui; a large dragon-shaped rocket with multi-stage properties to allow it to be used in various ways. The rocket's size allowed it to detonate with a larger explosive force compared to arrow rockets. Modern infantry still uses explosive-rockets as anti-tank weapons; the most popular being the RPG-7 Rocket Launcher. The Huo Long Chu Shui could also use a secondary fuse to fire arrows from its dragon mouth; being an airborne Nest of Bees.

Congreve Rockets were introduced by the British Empire during the Napoleonic Wars. Their use in the War of 1812 inspired the phrase 'and the rockets’ red glare, the bombs bursting in air' found in the American National Anthem, The Star Spangled Banner. These rockets were replaced in the mid 1800s by explosive shell cannonballs; as they were more precise and destructive.

Modern military rockets, aka Missiles, were first used by the Soviet Union in WWII via their Katyusha rocket launcher vehicle produced in 1939. The Nazi V-2 rocket was the first guided missile system. It was produced in 1944; too late in WWII to be effective in the war.

Non-nuclear cruise-missiles have seen frequent use in the American led War-on-Terror; being fired from ships, trucks, planes, helicopters and drones to strike Taliban bases without risking American soldiers. These missiles are either called Surface-To-Surface or Air-To-Surface.

Anti-Aircraft missiles are considered to be one of the best weapons for destroying enemy aircraft; as missiles are normally much faster than any manned aircraft can be.

Nuclear Missiles are the most dangerous and controversial weapons ever made; as they can deliver nuclear warheads to their target within minutes and are very difficult to intercept. Intercontinental Missiles can strike almost anywhere on the planet. Nuclear missiles can also be deployed from Missile Cruisers or Nuclear Submarines; allowing for a faster surprise bombardment. The construction or deployment of ballistic missiles, nuclear or non-nuclear, has caused international backlash for several nations; including Cuba, Turkey, Italy, Israel, Iran, North Korea, Pakistan and India. 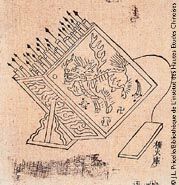