The Naginata is a bladed staff weapon from medieval Japan, 7 feet of carving power tipped by a razor-sharp blade. It was the Medium-Range weapon of the Samurai.

The Naginata was seven feet in length, with a long sword-like blade and a circular guard on the end of a wooden shaft.

While the Naginata was used in Japan, it was mainly used by monks (Sõhei) and other martial art practicing groups. It was not largely used by the Samurai themselves, but it is said that it was used by the wives of Samurai (Onna-bugeisha) to protect themselves and their homes while their husbands were away.

In reality, a Samurai would more frequently use a long Spear called a Yari. While not as effective as the Naginata in terms of slashing power, it was more effective in thrusting. However the Onna-bugeisha and other garrison forces would prefer the Naginata since it was a more versatile weapon; allowing the defender to be more adaptive since it was impossible to prepare and specialize against ambushing raiders. The Sōhei, semi-independent militaristic warrior monks, also frequently used the Naginata in combat.

The Onna-bugeisha, essentially female Samurai, used the naginata as their signature weapon.

The naginata proved itself as a quick ranged weapon by slicing a dummy with several quick cuts, taking off part of the skull and exposing the brain in one, slashing through the face and jaw and slicing off part of the jawbone in the second, and breaking through the rib and stabbing the heart on the last. While the naginata showed good speed and versatility, it was noted that it lacked killing potential compared to heavier weapons like the viking longsword and did not get the edge over the viking's longsword.

In the Back for Blood Special, it failed to cut through a Spartans bronze breastplate. 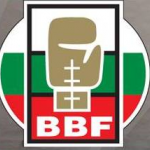 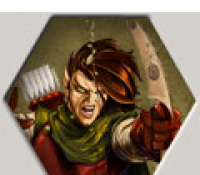