The Mossberg 500 is a 12-gauge, pump action shotgun that could blow a hole in an enemy's chest at 65 yards. It was the Mid-Range weapon of the Green Beret.

One of the most noticeable early pump-action shotguns used by the USA was the Winchester Model 1897 (a pump-action variation of the Winchester 1893). Its use during WWI gave it the nickname the 'Trench Gun' since it was so useful in WWI trenches. The Winchester 97 is still produced today.

Mossberg claims that the Model 500 is the only shotgun to pass the US Army's Mil-Spec 3443E test. Even though the US Marine Corps has switched to the semiautomatic M1014 combat shotgun, it is still widely used by the other branches of the US military.﻿ Over 10,000,000 have been produced as of 2017. The Remington and the Mossberg Shotguns are the most mass produced shotguns in the world. 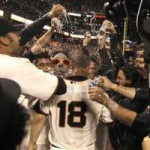