Start a Wiki
The Flammenwerfer 41 was a German-made flamethrower used during World War II, firing a searing stream of liquid hell. It was the Special Weapon of the Nazi SS. 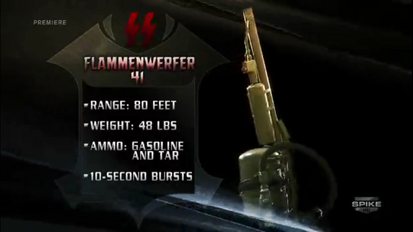 Retrieved from "https://deadliestwarrior.fandom.com/wiki/Flammenwerfer_41?oldid=47413"
Community content is available under CC-BY-SA unless otherwise noted.