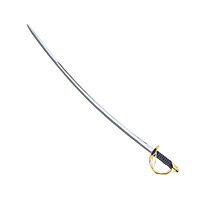 The Cavalry sabre is a curved, slashing sword. A descendant of an Egyptian tribal sword, it was the Close-Range weapon of Napoleon Bonaparte.